The list of artists I did not learn to appreciate until I was well into adulthood is embarrassingly long.

I was a sophomore in high school when Antichrist Superstar was released and I just didn’t get it. As a good little Southern Baptist boy in Rome, GA, my brain was not ready for Manson and that record. Now, as an adult, I have come to love and appreciate him and his music. 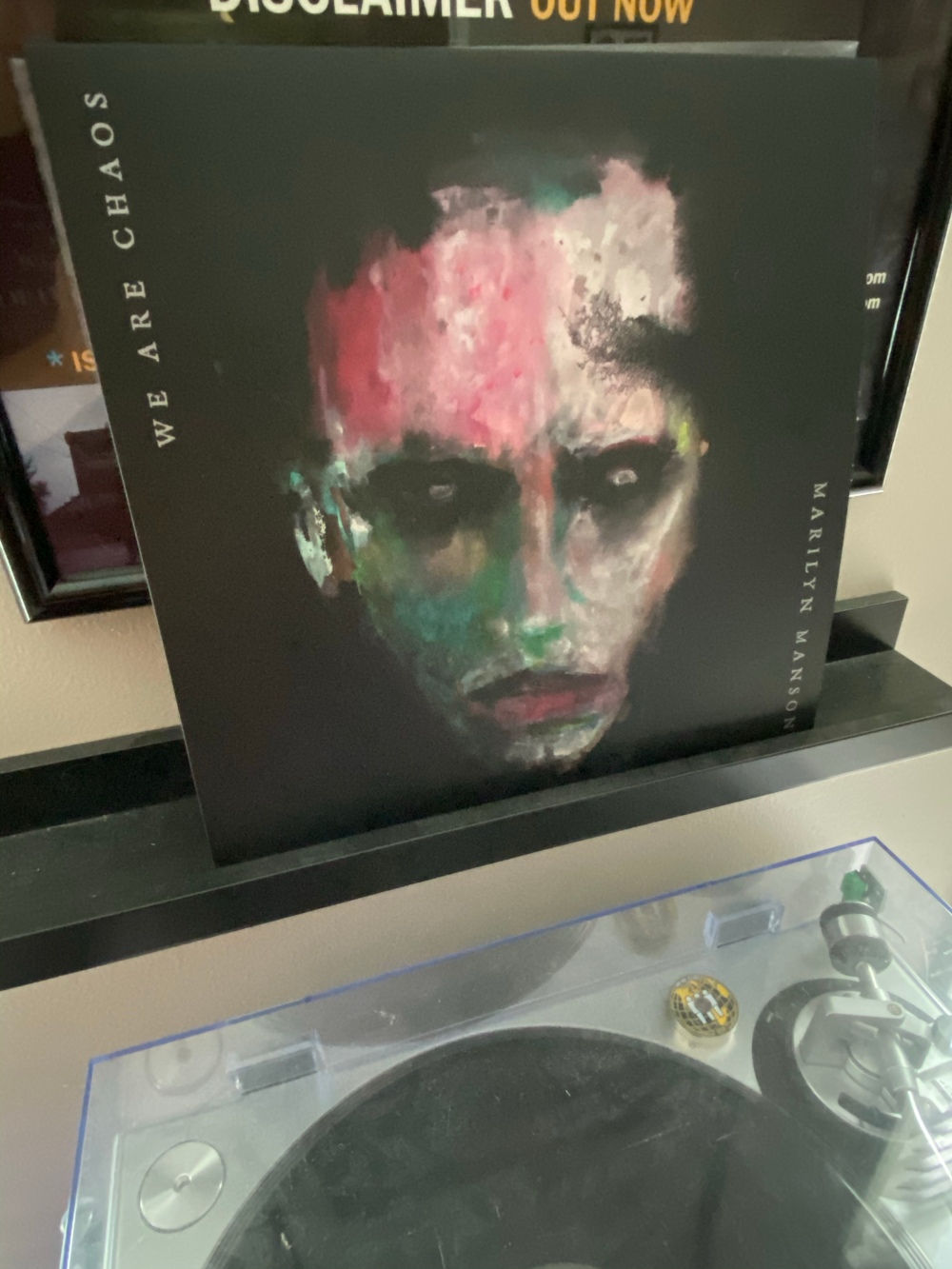 If you are familiar with Marilyn Manson’s sound at all, know that this record is similar but different from the majority of Manson’s previous work.

The core of We Are Chaos is the industrial rock sound that is synonymous with Marilyn Manson. I feel as though his voice has become so identified with industrial metal and rock that having him sing a simple tune would sound like some kind of gothic industrial rock lullaby. Along with Manson’s voice, the essential electronic elements are present on this record to create his signature industrial sound.

But, wait, there’s more. This record is not simply an industrial rock record. Instead, this record is futuristic country music.

We Are Chaos is produced by the immensely talented Shooter Jennings. His handiwork stands out on the tracks that feature acoustic guitars, a fiddle, and a pedal steel guitar.

We Are Chaos is the country music that is played on radio stations in the Blade Runner universe.

This is industrial rock that is perfectly infused with outlaw country. It is incredible. It is unique. And it is addictive. I need more of this in my life.