How do you do discover new music?

I subscribe to various music subreddits on Reddit, listen to songs that Spotify suggests for me, and look at upcoming shows at my favorite venues and find the bands on YouTube. And now I apparently get suggestions directly from the younger generation.

My girlfriend’s fifteen-year-old son texted me to tell me about this record. He knows that I am a Jack White fanboy and that I am always interested in anything released by Third Man Records.

AJJ (formerly Andrew Jackson Jihad) Live at Third Man Records is mainly a live performance of a previous record, People Who Can Eat People Are The Luckiest People In The World, with other songs from their catalog tacked on to the end of the set.

This is folk-punk and the musicianship is seriously incredible. AJJ are amazingly talented instrumentalists.

Most of this album is high-speed bluegrass similar to what you would find being played on front porches in the hills of eastern Kentucky coupled with quick, quirky, and weird lyrics.

Yes, weird lyrics. Such as:

And I have also wondered if that baby lives his life

What kind of life will the baby lead?

And then train for a couple of weeks

Until I have all the skills I need 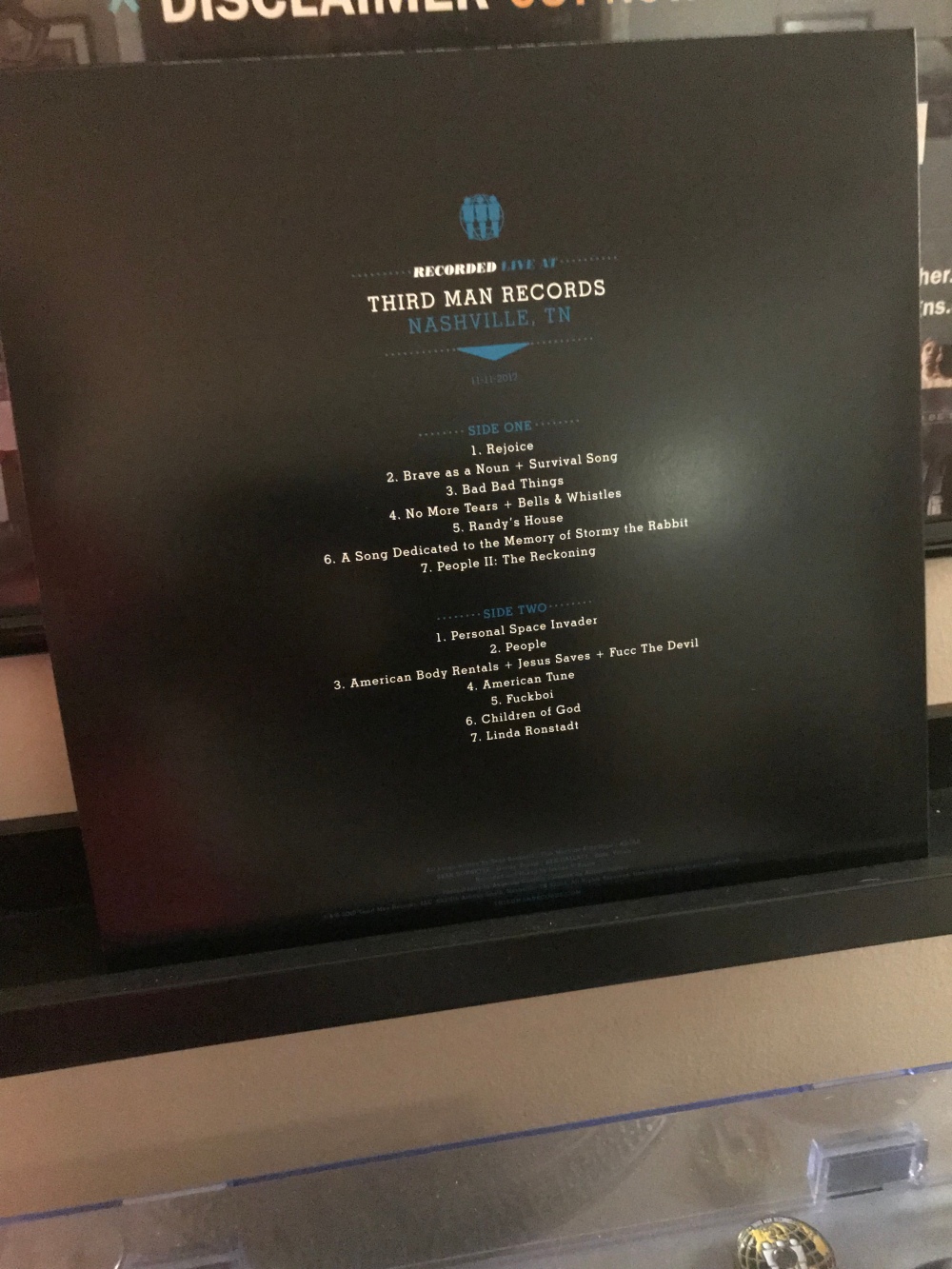 Vocally, AJJ sounds like a mix of Augustana and Weird Al. It is not bad, it is just a little odd. But, I suppose that fits with the entire aesthetic of this record.

This is a record for convention attendees. Live at Third Man Records seriously reminds me of the concerts I have attended at Dragon Con in Atlanta. I can picture the people there and I can hear them on the recording singing along to every single word because they revel in the weirdness of this band and believe them to be amazing geniuses.

Maybe they are. Maybe I’m missing the point.