Do you support local bands?

I love live music, but I admit that I don’t support locals bands near as much as I should. However, when presented the opportunity to buy vinyl from a local band it is a no-brainer for me.

My girlfriend and I took a road trip to her hometown of Middletown, OH and sitting in the bins at Lester’s Rock n Roll Shop was this record from a local rock band. How could I not buy it?

4560 is far more impressive than I was expecting. Musically, it is heavy but not crazy. It is radio friendly rock n roll. This album is straightforward, white bread, Midwestern melodic metal that is fun and upbeat and just heavy enough to rock the socks off of the people of Middletown, OH.

This record weaves in and out of different genres of rock n roll. There are moments of Mötley Crüe inspired glam, Buckcherry’s style of party rock, deep-voiced spoken lyrics à la Ivan from Five Finger Death Punch, and early Marilyn Manson-esque screams. 4560 does not do any of these musical styles poorly, but it is easy to hear that ninefifteen is still trying to find its way. 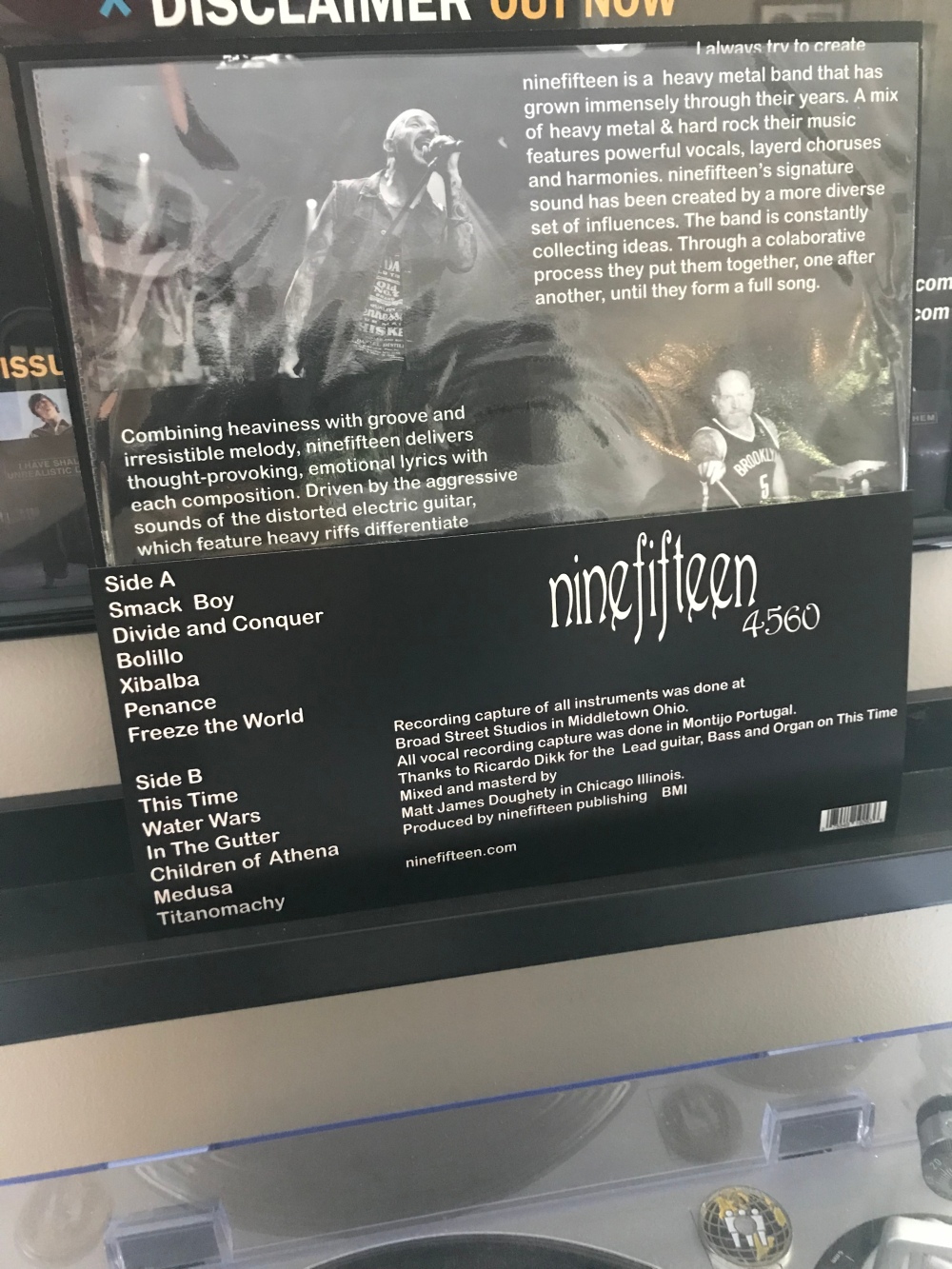 I like this record. Having a few different rock sounds on one album is nice.

Is the production perfect? Not at all.

Is the band technically proficient? Not really, but they are pretty damn good.

Are the vocals super clean? Of course not, but they are far more solid than I thought they would be.

Does it seem like they take themselves too seriously? Yeah, a little; just take a look at the inserts included with the record.

But this is a local band from a nowhere dead town in Ohio…and they have their own vinyl record. God bless them.

My favorite track: This Time