Do you like musical theatre?  I have enjoyed Broadway, Off-Broadway, national touring companies, and local productions; it is always a great experience for me.  And, just like you, after I see any kind of musical theatre production I find myself wishing that my life was filled with people who occasionally break out in song and then to have those songs collected on a soundtrack for purchase in the lobby.

This record is the soundtrack to the Broadway play you didn’t know that you were starring in. 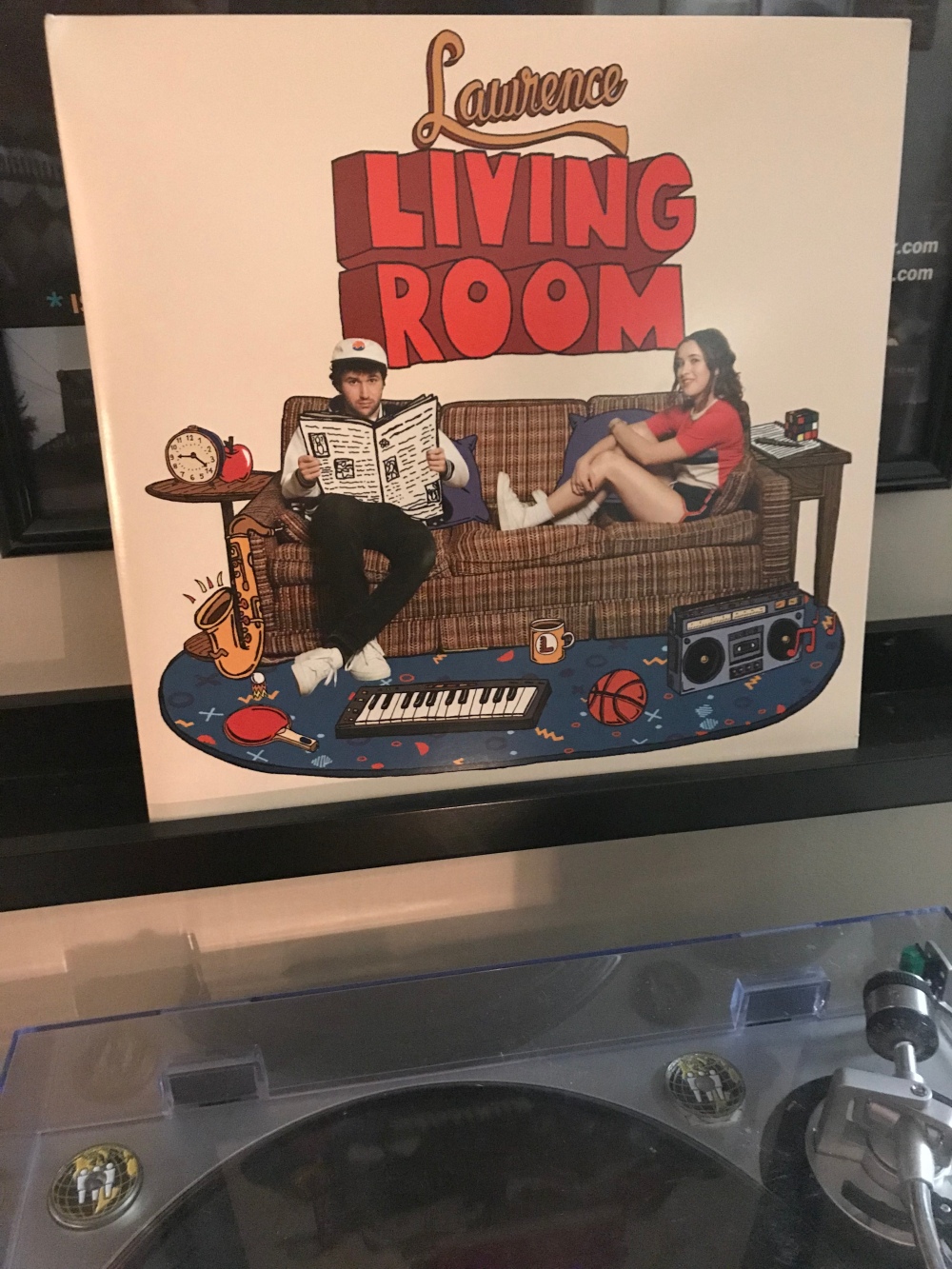 Seriously, Living Room sounds like a Broadway cast recording.  It is funky and fun with vocals that vividly stand out from the music so that you can clearly hear the lyrics to move the story along.  Plus, Gracie Lawrence’s voice is incredibly strong.

This album is retro-styled pop R&B.  There is a vibrant and soulful funk groove flowing throughout this entire record that will move your body.  It has jamming basslines, just the right number of horns, and jazzy keys.  This record sounds new and old at the same time and it is absolutely fantastic.

There are ebbs and flows on this record and at times Living Room slows down.  But, that just adds to the sense that this is a soundtrack to some unwritten play.

I am not sure why the LP came with a 45rpm because the songs on the 45rpm are not unique to the vinyl pressing.  These two songs are on the CD release, so I don’t really understand separating them out onto a 7″ except for the fact that they really are great songs.

Living Room is made for dancing with your significant other……in the living room.

My favorite track: The Heartburn Song