When you are exploring a record store do you find yourself drawn to certain records? I am a sucker for cover songs and when I stumble across an album full of cover songs I rarely pass it up.

I found Earth vs. Shockabilly at Reckless Records while I was in London. I had never heard of Shockabilly, but I was intrigued by the track listing. There is music from Jimi Hendrix, The Doors, The Rolling Stones, Johnny Cash, and The Beatles; how could I pass it up? 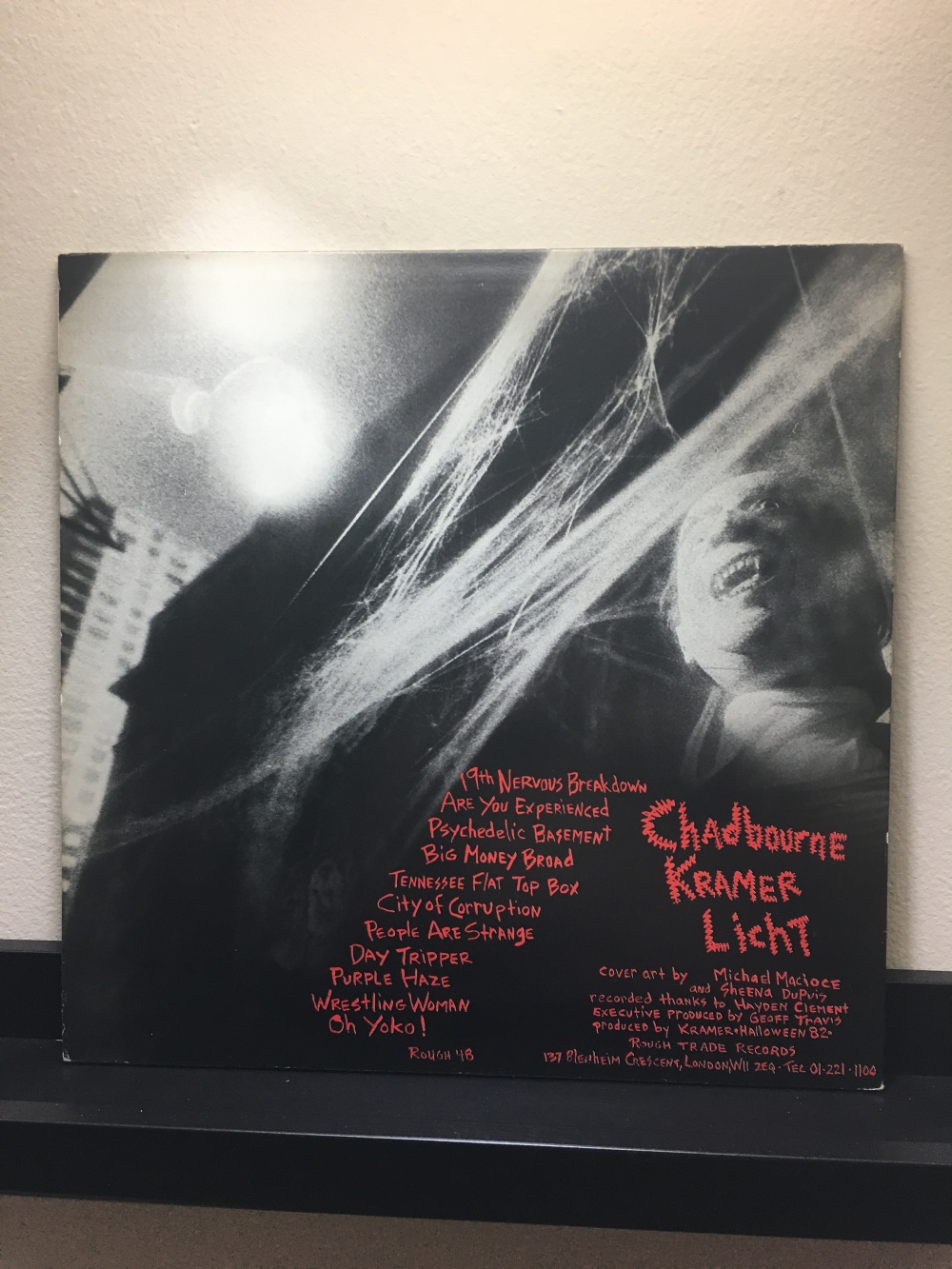 This record is from 1983 and it is pretty weird. Earth vs. Shockabilly is some sort of experimental noise rock. The sound has its basis in garage rock with gritty guitars and distorted vocals; this part reminds me a little of early White Stripes. Randomly, or so it seems, there are surf guitar riffs on Earth vs. Shockabilly, too.

Layered in with the music are media clips from movies or TV shows that I don’t recognize. These clips add into the weirdness.

I imagine that some snooty music critics would consider this high art and look down upon us plebeians who don’t understand it. At the risk of sounding like an old man, a lot of this record is random noise to me.

I like having records like this in my collection became I believe it is important to embrace all sorts of music. It also gives my friends the ability to ask ”What the fuck is this?”