How many records do you get legitimately excited about? Do you find yourself saying “Oh my God I can’t wait for that album to come out!”?

As much as I love new music and buying records I honestly don’t find myself saying that phrase terribly often; maybe I am not as excitable as I once was. But, I have been on pins and needles ever since it was announced that Jack White was working on new music. I am an admitted fanboy.

Even as a Jack White fanboy I was not ready for Boarding House Reach; this record is nothing like what I was expecting. Lately, Jack White’s music had morphed into rock n roll with an old-school country flair. It has been fantastic in moving forward while honoring the past. This record is not like that. This record is wonderfully weird, exceptionally experimental, and fantastically futuristic.

Boarding House Reach is impossible to categorize because this album spans a wide variety of sounds. There is stripped down country blues, Beatles-esque simplicity, late night piano bar style jazz, and heavy guitar-laden rock riffs. All of these sounds are layered with art-house experimental electronic rock. 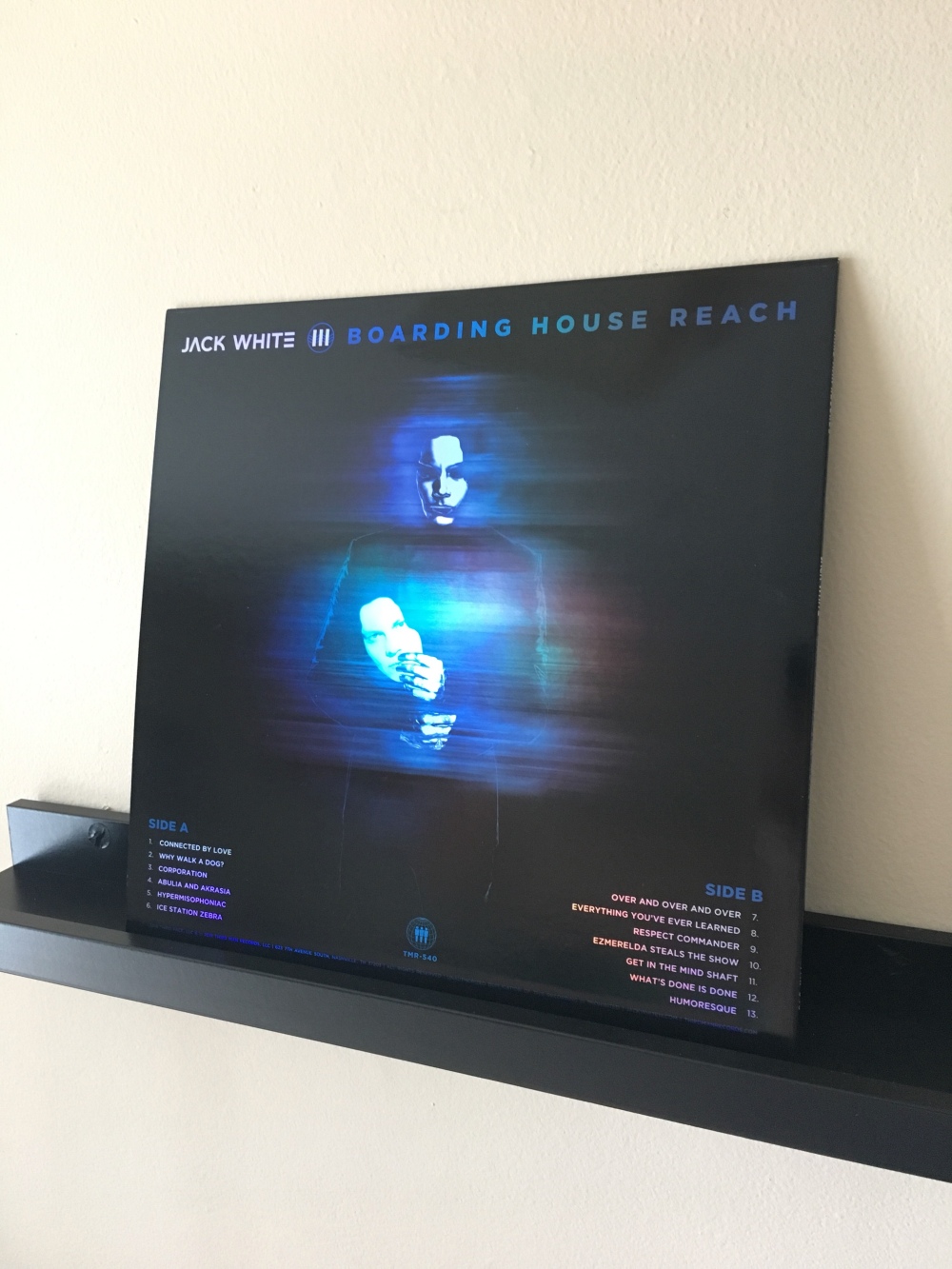 This album sounds like it is from the future. It is the music that Griff Tannen and his gang would be listening to on their hover-boards. You would find Boarding House Reach on the playlists of both Rick Deckard and Wade Watts. And I am pretty sure that Simon Phoenix would be bumping this record and not singing along to mini-tunes.

The weirdness of this album makes it incredibly unique. I have never heard anything that sounds quite like this while also sounding so familiar. Jack White’s guitar work cuts through, absolutely jams, and makes this record a solid rock n roll album.

My favorite track: Get In The Mind Shaft