Do you collect special editions?  Do you enjoy finding vinyl that can be sold for more money online?  Lots of people enjoy the rareness and collectibility aspect that is associated with records.  However, that has never been part of the attraction for me.  I just enjoy buying the records so I can listen to the art that is trapped inside of the wax.  So, when I added All American Made to my Discogs app and saw that the color vinyl is already selling for $85+ my reaction was Oh.  Neat. as I ripped off the plastic to open it.  It never crossed my mind to try to sell it and make a profit, but that is just me.

I would much rather listen to this record than pass it along to someone else.

In April of 2016, I was convinced that I had found the best album of that year with Margo Price’s Midwest Farmer’s Daughter.  I absolutely fell in love with her sound at my very first listen.  All American Made has only strengthened my affinity for her music.

Margo Price is a breath of fresh air for country music and her name fits in the same company at Loretta, Dolly, Tammy Wynette, and the Carter Family.  I hate that she is not a bigger deal than she is, but I believe that history will be very nice to her and she will be considered one of the greats.

Do you like the traditional sounds of country music?  Buy All American Made.

This album comes from a different time.  It has heart, soul, passion, strong political views, and female empowerment.  This record unapologetically lets you know exactly where Margo Price stands.  If you have a daughter, play this record for her. 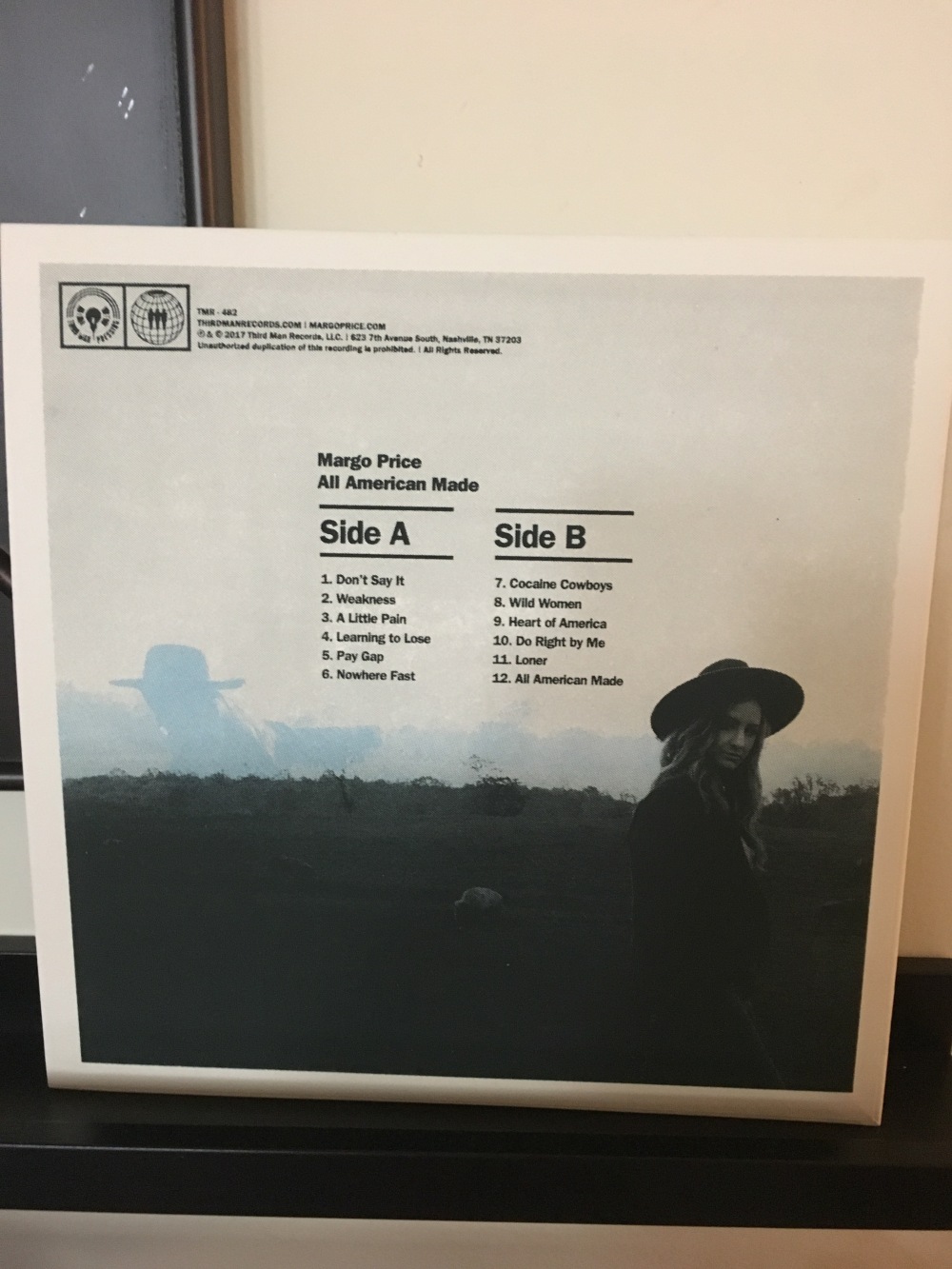 Margo’s voice is smooth and I feel like I would enjoy listening to her read me a bedtime story.  However, she does allow the passion to come through her voice when it is called for.  She pushes it only when she needs to.

The music on this record is so country that it almost sounds like a caricature of what country music should be.  But, there are flares of 70s country music on All American Made.  There is a funkiness in some of the basslines that would allow it to be right at home in those old urban cowboy clubs.

My favorite track is a song that stopped me in my tracks.  I was eating breakfast during my first listen to this record and I had to stop when Learning to Lose came on.  There was an immediate sadness about my life that welled up inside of me as I listened.  I was stunned.  But I was also excited that her music had moved me like that.