On April 6, 2016 I wrote a blog post here claiming that Margo Price’s album might very well be the best album of 2016; a year later I still stand by that statement.

In the year since I wrote that post Margo has become the darling of Nashville.  Coincidence?  Of course it is.  I am not under any sort of delusion that I can make or break a career.  But, maybe I helped a little…

Live At The Hamilton is not a recording from a giant stadium show or a cathedral-like theater, instead it is a live recording from a modern and intimate live music space.  The atmosphere in the room translates to the wax as being incredibly chill and relaxed.  It sounds as though a select lucky few got to witness a time traveling country songstress grace the world with an unforgettable performance.

Seriously, Margo Price is from another time.  A time when genius female country songwriters ruled Nashville.

Margo Price is on point.  Live At The Hamilton demonstrates just how effortlessly she can be perfect.  Can you tell that I like her?

Honestly though, this album is a callback to a different era of country music.  Heartbreak songs, tongue in cheek two-stepping songs, and amazing covers of country legends make up this record. 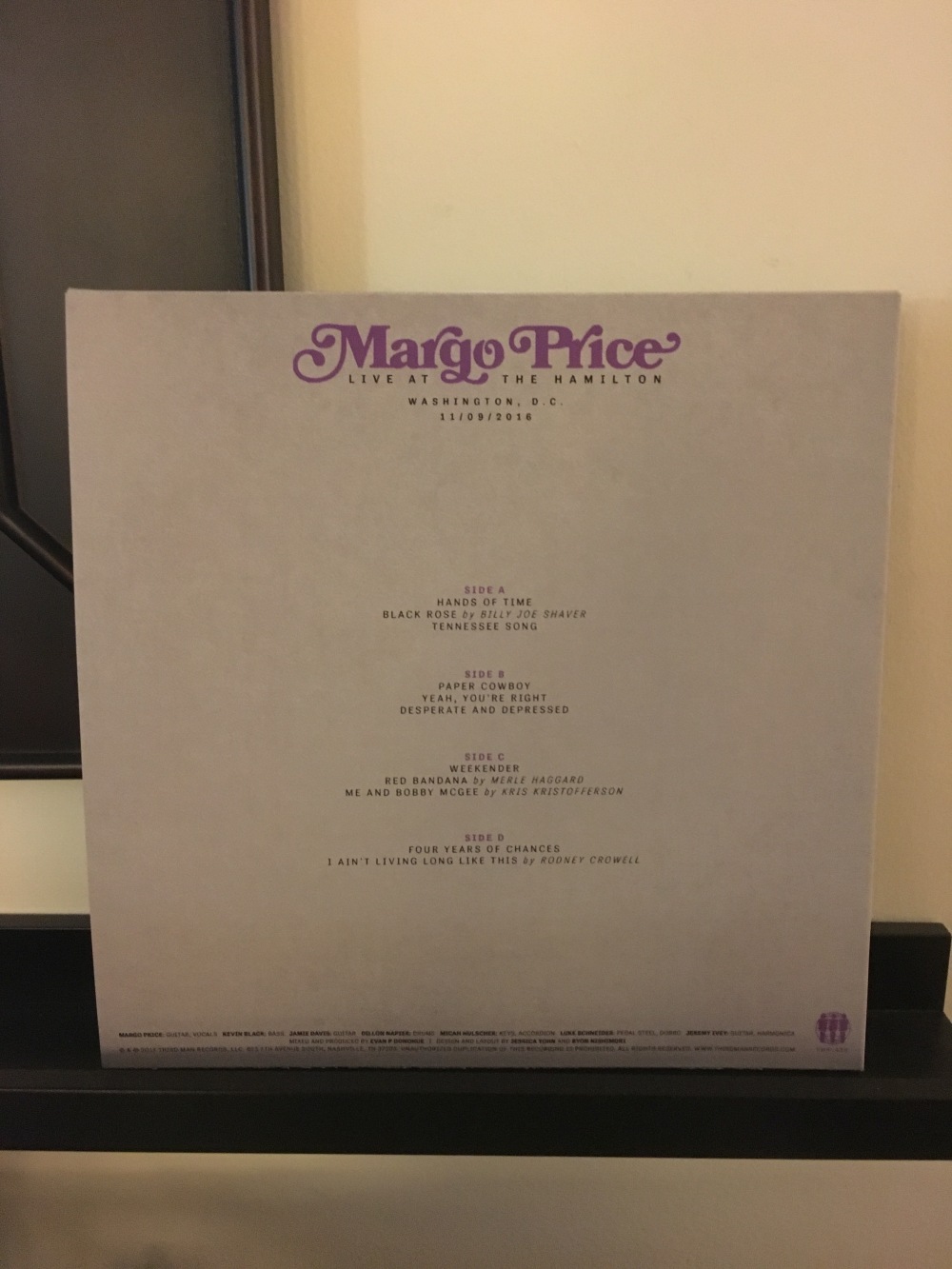 My favorite track: Me and Bobby McGee