Writing this blog is an ongoing education for me.  I get to learn about new artists, terrible artists, and some of the greatest to ever live.

This records falls into the latter category.

Howlin’ Wolf is considered one of the greatest records ever produced; I probably won’t make some sort of groundbreaking observations, but I can tell you in a non-highfalutin way how I hear this record.

This album could be used as a measuring stick for the blues.  The sound is raw, but full.  There are not a lot of instruments represented on Howlin’ Wolf which makes the individual sounds stand out.  The piano, harmonica, or tambourine could have gotten lost in the background if the band was bigger, but here those sounds get to make an important impression on the music you hear.

Howlin’ Wolf’s vocal work has that I-have-seen-some-shit-that-you-would-not-believe-type of feel to it.  He is the kind of guy that you do not want to mess with, but want to hang around so you can hear his stories. 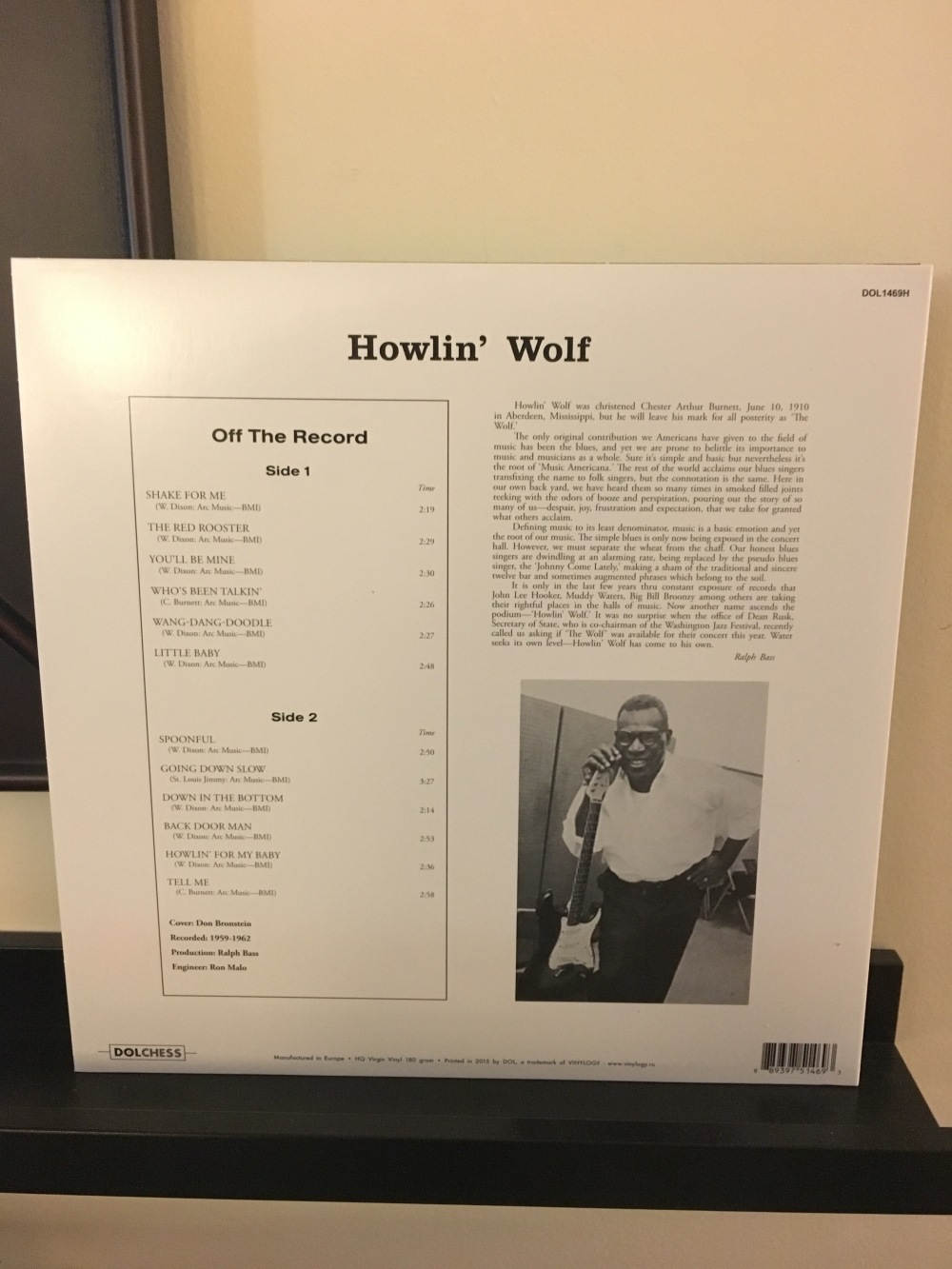 These songs were recorded in the 60s, but they were born out of a time long before. This record is a representation of where most every kind of modern music came from.

I do have one issue with Howlin’ Wolf: the songs are too short.  Only one song on the album runs over three minutes long.  Each song seems to fade off into the distance just when the band should start jamming.  This makes me want to seek out a Howlin’ Wolf live album.

However, this is a great sound for having a beer, sitting back in your chair, and slowly nodding your head.

My favorite track: Going Down Slow