How often do you see a record that baffles and intrigues you?  That is exactly how I felt when I saw this album.

Seriously, look at this hype sticker 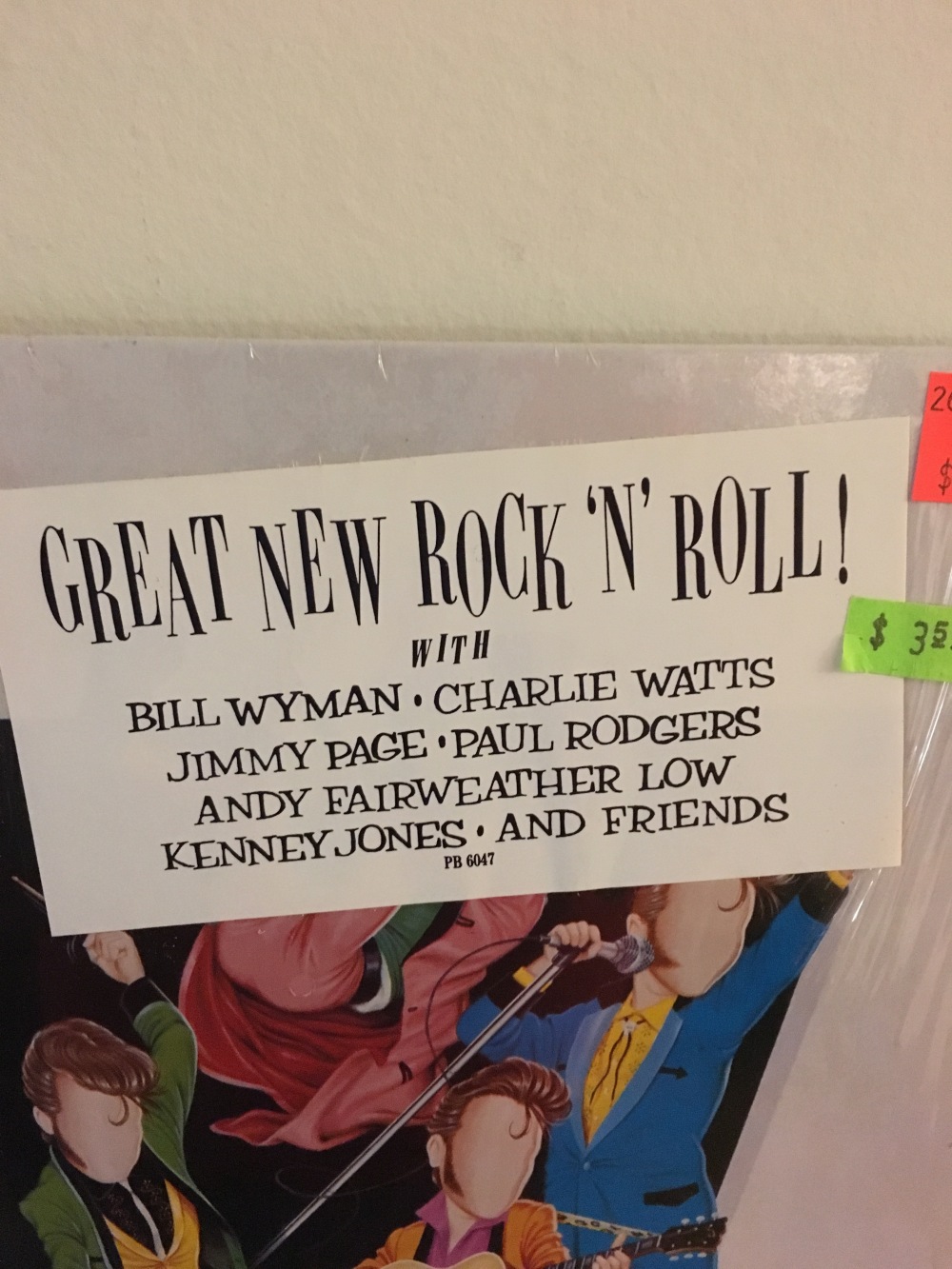 I am only a casual fan of the Stones and the members that make up the band, so I was completely unaware that this record existed.  However, the roster of musical greats from the U.K. listed absolutely required a purchase. 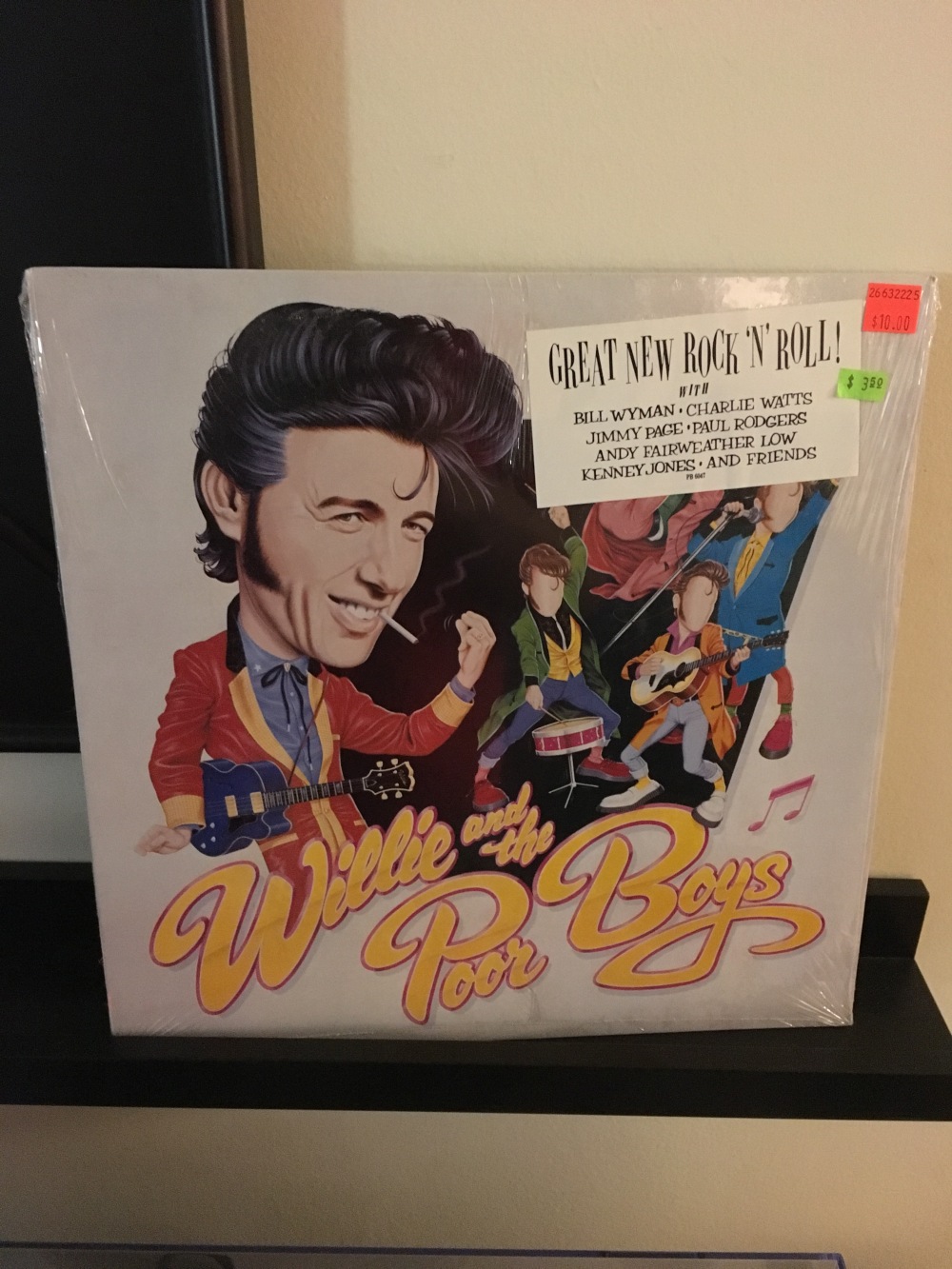 This record is a compilation of a few different sounds, but they all revolve around a very 50s and 60s rock n roll base.

The rockabilly edge featured on Willie and the Poor Boys is rockabilly-lite.  There is something about it that just doesn’t convey enough of that tattooed-guy-in-a-leather-jacket-with-slicked-back-hair-and-tight-rolled-jeans-punk-angst.  It is solid, but it leaves a lot to be desired.

The third element of the rock n roll on Willie and the Poor Boys is piano rock; the Jerry Lee Lewis and Little Richard style of hot rocking piano.  This is where this record shines.  Willie and the Poor Boys jams when it comes to rocking out on a piano and can hold its own against any similar record.  Too bad there are only a few songs on this LP that are piano rock based.

Willie and the Poor Boys is fun.  It is a light-hearted album that your friends probably have never seen.  Pick it up cheap if you get the chance.

My favorite track: Slippin’ and Slidin’