How many artists do you know by name, but do not actually know their music?  I know of Johnny Horton because The Reverend Horton Heat’s stage name is in honor of the aforementioned Horton.

I picked up this album because, even though I don’t know his music, I know that Johnny Horton is a rockabilly legend.  Well, this album is not rockabilly.  Not at all. 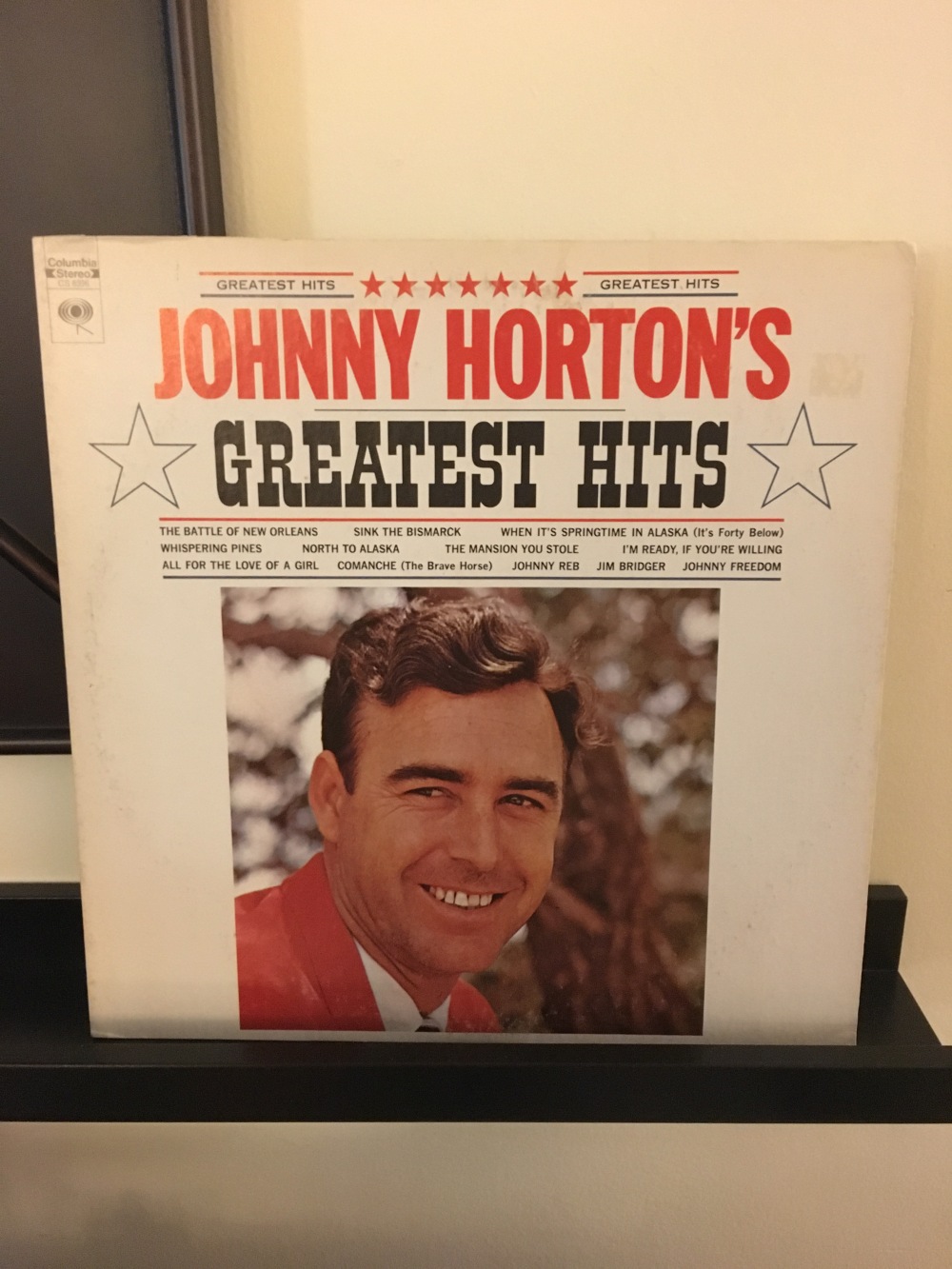 Johnny Horton’s Greatest Hits is a collection of his 50s and 60s Country and Western tunes.  And, to my pleasant surprise, is filled with songs that I know.  This record is the classic late-50s and early-60s sound that blurs the lines between country music and rock n roll ballads.  It is easy to see how Johnny Horton morphed this sound into rockabilly.

The historical ballads; Sink the Bismarck, The Battle of New Orleans, and Comanche; are strange to me.  They are wartime stories and they were hit songs.  But, I’m sure that lyrics to our modern hits will strike future generations as strange, too.

Make your kids listen to this album and have them look up the stories behind the songs.  Hell, you and I should do the same.

My favorite track: The Mansion You Stole