Here is everything I know about The Ting Tings: At some point in my career I know that I played one of their songs on the radio as part of a new music feature.  That is it.  That is all I know.

However, that one song experience must have made an imprint on my brain because as I was flipping through the bin at the record store I stopped on this album and thought “oh, I think I like them.” 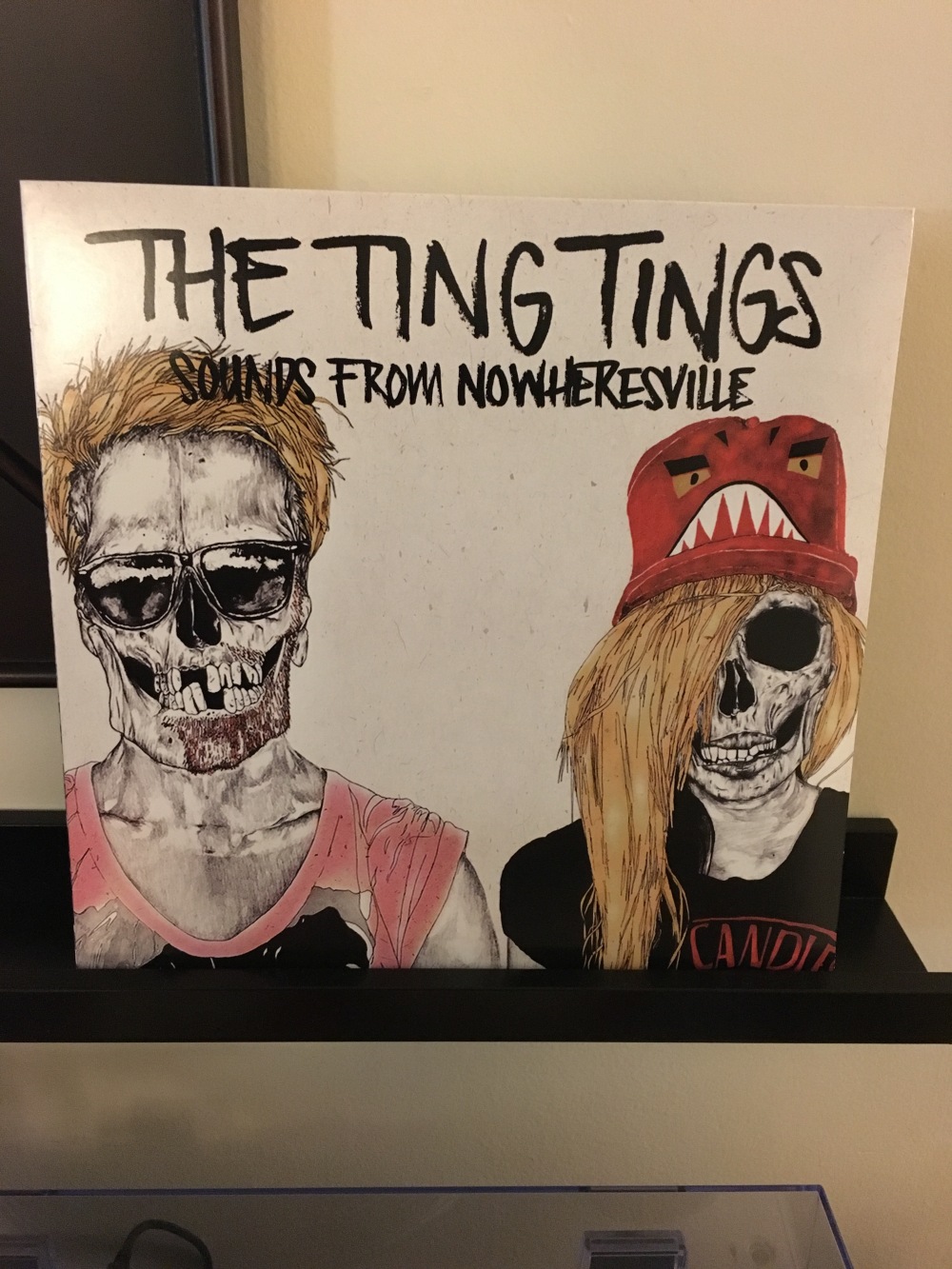 The first thing I notice on Sounds From Nowheresville is the vocals of Katie White and how similar they sound to both The Donnas and Kesha.  Her vocals are crisp, clean, and energetic.  She sings in a pseudo hip-hop style with a punk rock edge.  It is very Blondie-esque, but not as legendary.

The music is very much a pop sound.  It is a simplified electronic dance pop that would be at home on the soundtrack to a mediocre teen comedy.  Sounds From Nowheresville has a funky groove to it, but it is lackluster.  This is not the album that you will invite your friends over to listen to, but that is not because the album is bad; it just isn’t that good.

My one word review: Meh.

You can put this record on the turntable and enjoy it, but The Ting Tings are not going to be winning any awards for this record.

If you run across this album for cheap, pick it up.  It is nice filler for your collection.  There is an 80s dance party feel to Sounds From Nowheresville that makes it a fun listen and, honestly, that feeling is the saving grace for this LP.