Don’t get me wrong; I have lots of respect for Pearl Jam and the musicians that make up the band.  After years of working in rock and alternative radio I know the importance of these guys in modern rock history, but I don’t adore them like some people do.  They have their own satellite radio channel.  Some fans follow them like the Dead.  For me, they are a band that I have ten or twelve songs from on my iPod. 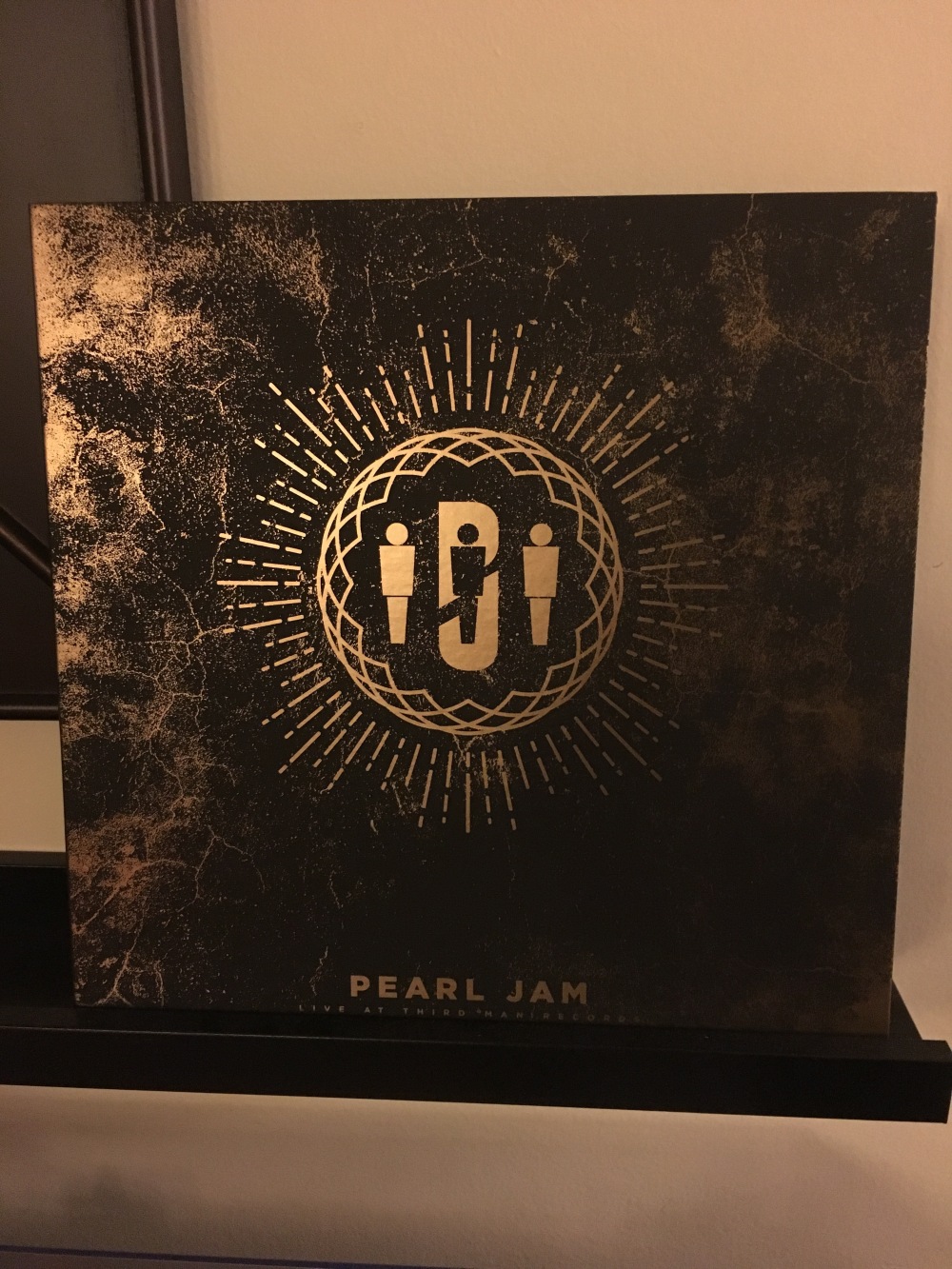 Live at Third Man Records 06.09.2016 has a special feel to it.  This record somehow captures the air in the room at Third Man Records that day; you can sense the magnitude of the event when you listen.  This album accurately captures a majorly influential band playing what feels like a garage jam session in a tiny room with just a few people filling the spaces.

The music on this record sounds like you have stumbled upon a group of guys just messing around except that it is flawless. Live at Third Man Records 06.09.2016 is like being a fly on the wall while modern-day musical greats just have fun together.  Pearl Jam moves seamlessly between the grungy 90s alternative sound to the blues into modern jam band style and finally to their famous Eddie Vedder vibrato-laden ballads.

After a thorough listen to Live at Third Man Records 06.09.2016 I think that I finally get the adoration and love Pearl Jam gets.  It doesn’t hurt that Jack White makes an appearance and that I think that guy is pure genius.

My favorite track: Of The Earth