You know that handful of albums that you flip past in every record store as you look for vinyl to add to your collection?  I will guarantee that at least one of them is an AC/DC record.

We don’t flip past them because there is something wrong with the albums or the music.  In fact, it is probably better than 75% of the vinyl in the store (maybe that percentage is a stretch…..).  We flip past those albums that we see all the time because of that very reason; we see them all the time.  There is not a sense of urgency because we know that we can stop by and pick up one of those albums right now.

Albums like Flick of the Switch are in every record store’s used vinyl bin because they were owned by most of the population.  I know that you are asking yourself “If you always overlook this album, what made you buy it now?”

It is simple.  I found a sealed copy and I thought that was neat.  I did not think about it being worth more or a collector’s item or any other nonsense.  My only thought was “Oh, neat.”

This vinyl is 33 years old and was unopened until I peeled off the cellophane.

AC/DC is one of those bands that I know all of their hits, but I don’t know many of their album tracks.  So, it is fun for me to put an album like Flick of the Switch on the turntable and listen.

AC/DC, and in particular 1980s era AC/DC, is immediately identifiable.  They are not only a band but a descriptive word.  This album sounds like AC/DC should sound except it is a little grittier and a little more raw.  Flick of the Switch feels like you walked into Angus Young’s basement and found the band practicing.

There seems to be less polish and less production on this album and more straightforward rock n roll.  Brian Johnson’s vocals are never terribly clear, but this album’s vocal work is especially mumbled.  Some of the songs are too fast for him and he is working very hard to keep up. 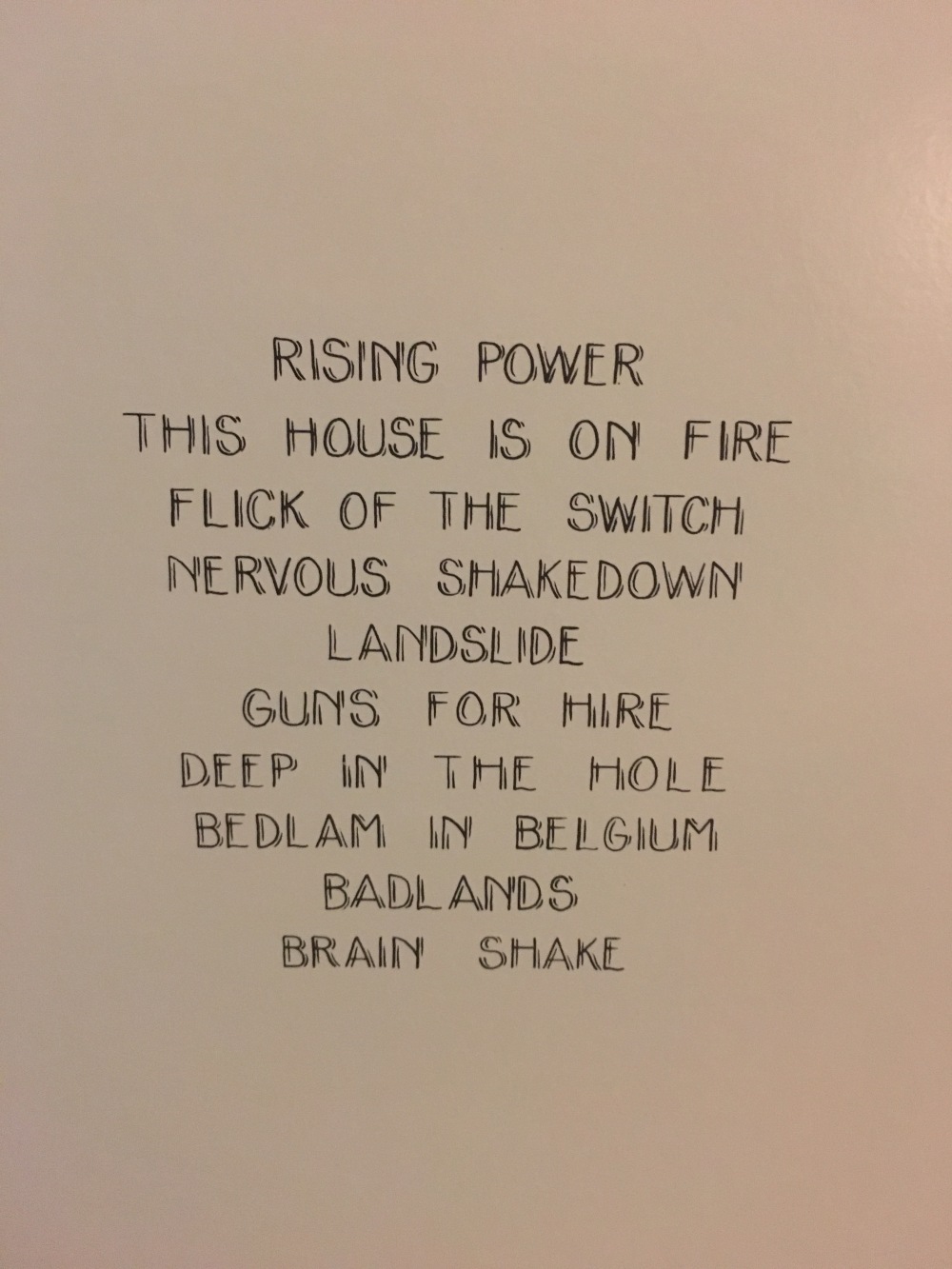 Next time you are in your local record store and you see this album in the used bin you should spend the couple bucks and buy it.