When was the last time you were surprised by a band?  I am not talking about Oh, they’re pretty good; I am talking about Wait just a damn minute.  Is that what I think it is??

I was throughly surprised by Sunflower Dead when I saw them as an opening band a couple weeks ago and, when you look at the cover art, you might notice what it was that took me back.

The cover art of Sunflower Dead’s self-titled album is an accurate depiction of the band.  They wear scary make up, they really play up the whole evil band thing, and the lead singer plays the accordion.  Yes, the accordion.  It is a strange sight to see and even stranger to me is that it is featured on the cover art.

You would think that this instrument’s prominent placement would mean that the music is heavily accordion based, right?  The album cover art makes it seem that this is some kind of heavy metal polka band.  This is not the case.  Not at all. 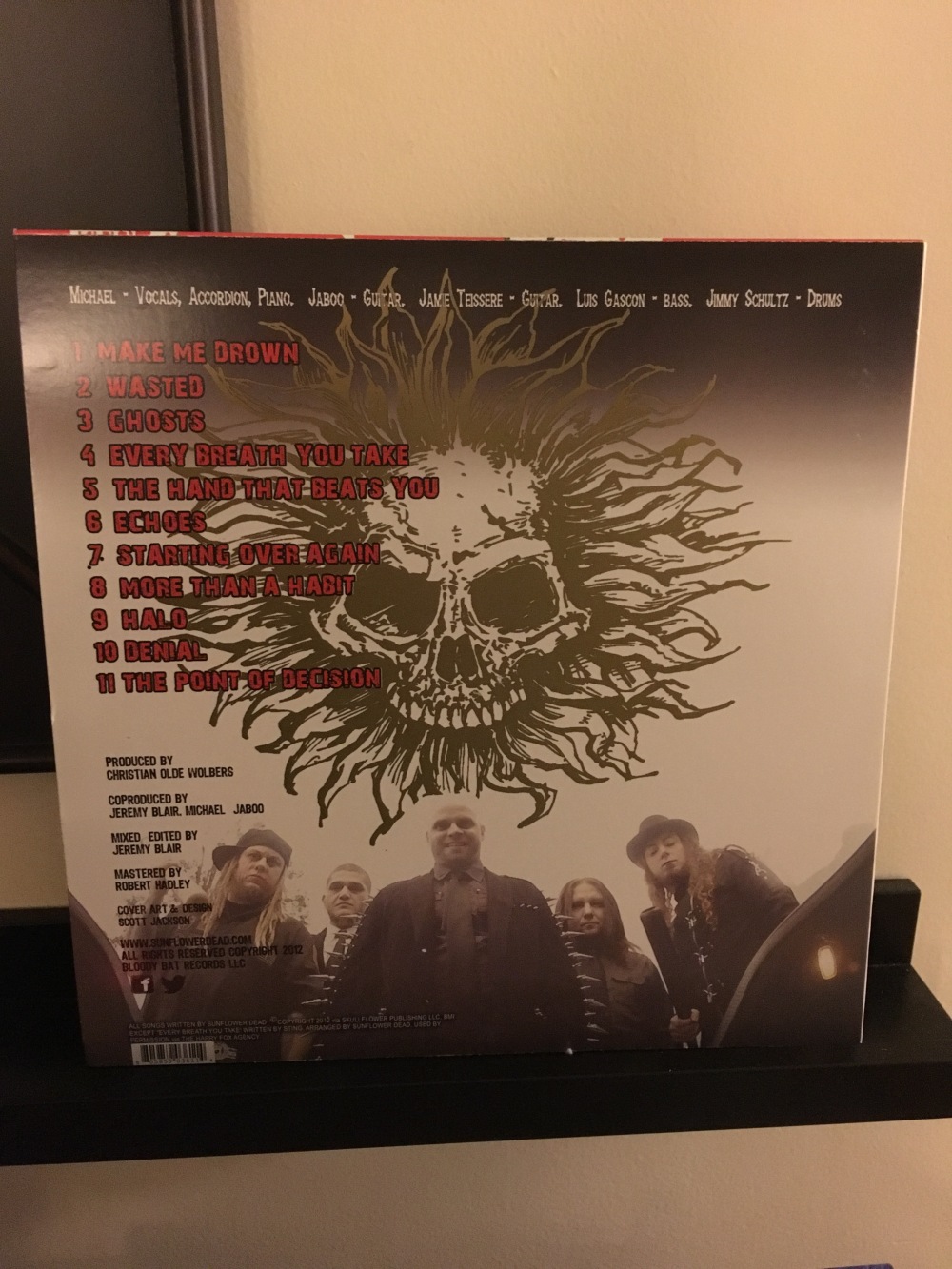 Sunflower Dead is pretty much a run of the mill nu metal band.  They have heavy low-end guitars, a double bass drum, screams mixed with harmony, and the occasional growl.  Plus, there is a ballad.  Because you’re not a real metal band until you record a slow ballad with a guitar solo.

Run of the mill doesn’t mean that the music is bad.  It just means that it is not extraordinary.  If you like Korn, Disturbed, and early Staind you will like this album.  If you happen to run across this LP, give it a chance.  If you happen to see that Sunflower Dead is opening for a band you like, get there early.  This band has a lot of potential.

My favorite track is a cover of Every Breath You Take by The Police.